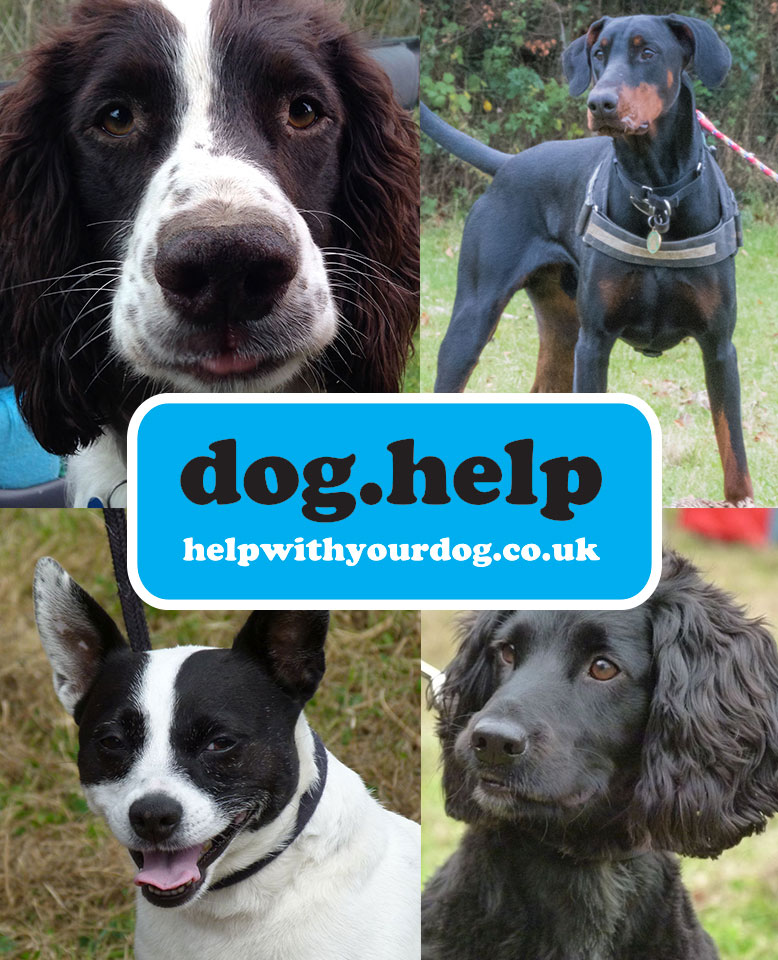 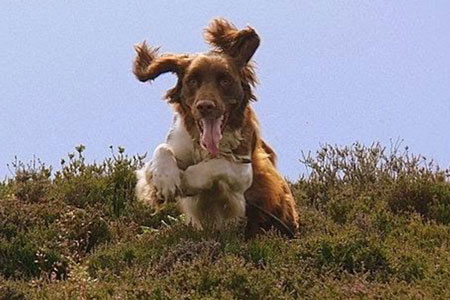 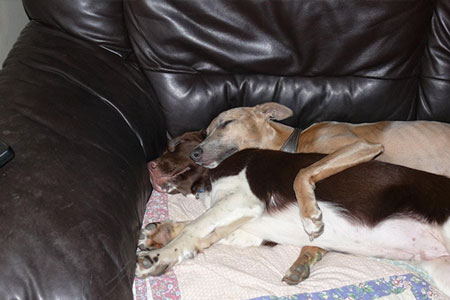 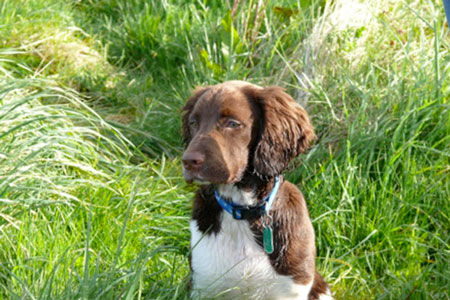 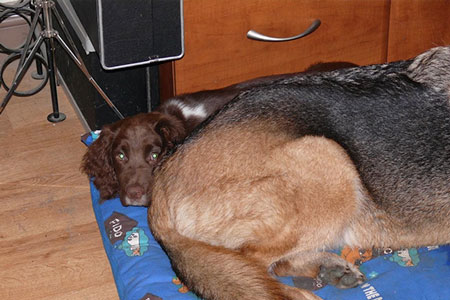 Owner Penny Hoare is a skilled and experienced behaviourist, particularly in the field of inter canine aggression and the rehabilitation of rescued dogs.

All dogs are trained using non aversive reward based methods of learning. there is no place for punishment when working with our animals. Penny strongly believes that the relationship between dog and owner must be one of trust and understanding.

Fun Gundog training courses are designed largely with the pet owner in mind, however many of our clients do progress to work dogs in the field.

Penny  runs behavioural consultations at her premises which are private and ideal for working with a dog which is fearful of people or other dogs.

121 sessions to build that relationship with your dog, mentally challenging your dog and will keep them happy, interested and working with you.

Through out the year we run a variety of workshops from water workshops for Gun Dogs to clicker training for Obedience.

Indiana is a 3 year old spaniel and my first ever dog. He’s recently been staying in 3.5 acres grounds in Yorkshire of mixed open space and woodland with plenty of freedom to roam wherever his nose takes him,
which included the trips down the badger holes.

Good training is paying off here. He can be free to disappear off into the brush on a scent and be gone out of sight, but when I want him back then simply using the recall whistle zooming out of nowhere suddenly appears my panting spaniel. Equally sit and stay – stay put until I say otherwise is certainly appreciated around people doing the chainsaw and digger works.

Direction work, left, right and back from my seat on the mini tractor to indicate to my dog I want you over THERE out the way, and off he goes. At the end of the day, down the pub for a pint or evening meal it’s useful to be able to ‘park’ Indiana at my feet for the evening.

Indiana can for sure be goofy, mad as brush in fact like all spaniels are, but his training adds a really useful skill. 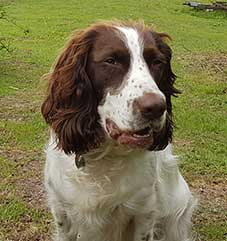 I wanted to try a different discipline so thought I would give fun gun-dog a go, Dudley has come on in leaps and bounds and although still crazy he has learnt to be a little more patient when waiting his turn, a year ago there is no way Penny would have been able to throw a dummy and for Dudley to stay put, although you can see him quivering from nose to tail most times he doesn’t move until told. We both have a lot of fun and Penny is a great trainer and her classes are always fun 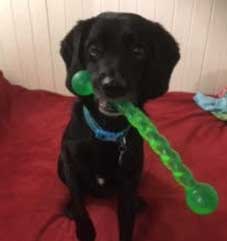 When her career came to an abrupt halt Becca’s experienced adopted Mum decided she needed to be allowed to relax a bit but Becca had no recall and no understanding how to be a pet dog. She now smiles the whole time she is running and makes everyone else smile. 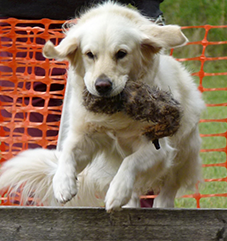 After attending various groups and with careful handling and apt socialisation from his owner Dusty is becoming the little pet dog the family always wanted. He attend Social group and Rally Obedience gaining confidence all the way. 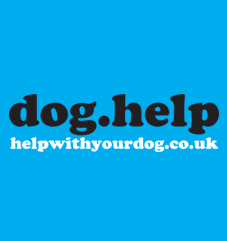 Dusty's Story, - He was very very vocal and frightened of people and dogs.

Following one to one they attended gundog classes as they could see that Wiggins needed a job to do. It soon became clear that he was a very talented dog. Quick to learn and eager to get on with it. His owners were taught the art of Clicker training which helped Wiggins quick brain to ascertain what exactly was needed. Wiggins has just worked his first season picking up on a local shoot. He has found his niche in life .

Wiggins's Story, - His owners were just blown away as to how energetic and naughty he was.

Following one to one they attended gundog classes as they could see that Wiggins needed a job to do. It soon became clear that he was a very talented dog. Quick to learn and eager to get on with it. His owners were taught the art of Clicker training which helped Wiggins quick brain to ascertain what exactly was needed. Wiggins has just worked his first season picking up on a local shoot. He has found his niche in life . 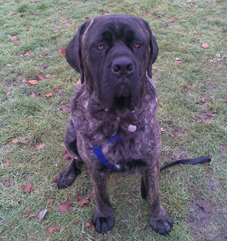 Gunner's Story, He came into my field dragging his owner on three leads! He could not be near any dogs..

We use cookies to ensure that we give you the best experience on our website. If you continue to use this site we will assume that you are happy with it.Ok
Go to Top